Four individuals will be honored during the KAA-MaCC Sixth Anniversary Celebration Weekend at the Hall of Fame Induction Ceremony on Saturday, October 12, 2019.  The venue for the ceremony is The Laureate Center in Kannapolis, North.  Festivities will begin with a reception, Silent Auction, and Cash Bar (3:30 p.m.-4:30 p.m.) with the Induction Ceremony following at 5:00 p.m.

Tickets for the Gala Hall of Fame Induction Ceremony are available for $30 each on our Donate page or Online via this link.

The Celebrity Hall of Fame category recognizes individuals from or have roots in Cabarrus and Rowan County and have attained celebrity status in their chosen careers.  These are individuals who are deemed very important and are very well known.

In the category of Lifetime Achievement, an award is presented to individuals recognized for their gift/talent and leadership in the communities throughout Cabarrus and Rowan County.

Residents, former residents, family members and/or kindred are eligible for nomination after their contribution was made to the African-American community in Cabarrus and Rowan County, North Carolina and/or other location of residence. They must be in good standing in the community where they lived as determined by the Board Members.

The nomination is also open to businesses and/or churches that must have served with distinction and/or made significant contributions to African-American communities, as evidenced, for example, by the success of their administrations and the acknowledgment of same.

​The Legacy Hall of Fame category recognizes individuals who have made significant and extraordinary contributions that have had lasting value and importance and have withstood the test of time.

The purpose of the Kannapolis African-American Museum and Cultural Center Hall of Fame is to recognize and honor African-American individuals from Cabarrus and Rowan County, North Carolina who excelled in their respective roles and who helped to bring honor, recognition, distinction, and excellence to their gift/talent. Recognition of individuals in the Hall of Fame will help maintain the spirit, pride, and sense of community as well as serve as a historical account of the African-American presence in Cabarrus and southern Rowan County, North Carolina.

A hall of fame will be constructed in a display case in the main hallway foyer in the museum. All awardees, selected for induction into the Hall of Fame, will have a gold plate placed on a plaque in the display case with their name, category of award, and city/neighborhood where they lived or worked. 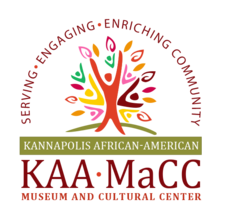